The Quang Binh Provincial People”s Committee on May 11 held a meeting to welcome a delegation of foreign ambassadors who will conquer adventurous tour inside Son Doong – the world”s largest cave. Vice Chairman of the Provincial People”s Committee Tran Tien Dung received and worked with the delegation. The meeting was attended by representatives of related agencies and units together press agencies in the province. 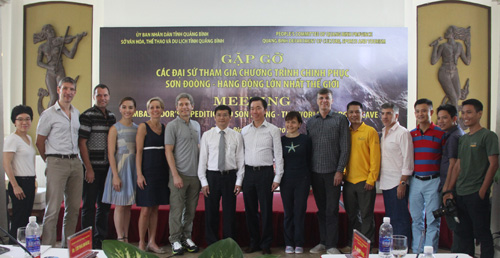 Accordingly, a group of ambassadors from six countries to Vietnam and Assistant Secretary of State will join in adventurous tour of Son Doong Cave in the central province of Quang Binh from May 11th to the 17th.

The diplomats are from Argentina, Sweden, Italy, the UK, Australia, and Czech. Besides, the expedition to Son Doong Cave has also the participation of Mr. Pham Sanh Chau, Head of the Department of External Culture and UNESCO – Ministry of Foreign Affairs of Vietnam and the runner-up of Miss Universe Vietnam 2008 Duong Truong Thien Ly and a distinguished guest together with three media collaborators. All of them are looking forward to this experience.

As scheduled, the delegates will start the seven-day excursion to explore the world’s largest cave from May 12th.

The ambassadors are representatives of the countries leading in number of foreign visitors to Vietnam in the past years. In future, Quang Binh province hopes that the ambassadors will help promote Vietnam’s beauty in general and Quang Binh tourism in particular to people in their countries and introduce Quang Binh to potential investors. This is also a good opportunity to promote cooperation and sustainable development between Vietnam and countries in the coming time, especially cooperation in research, conservation and promotion of values of natural resources, the world’s natural heritage site, aiming to develop sustainable tourism.

Speaking at the meeting, Vice Chairman of the Provincial People’s Committee highly appreciated this adventure trip and hoped that the foreign ambassadors to Vietnam and representatives of countries will continue helping Quang Binh in tourism promotion and investment attraction, especially potential investors to Quang Binh, contributing to promoting sustainable socio-economic development. He also expressed his hope that the ambassadors will enjoy their best adventure trip to Son Doong Cave, wishing them good health. 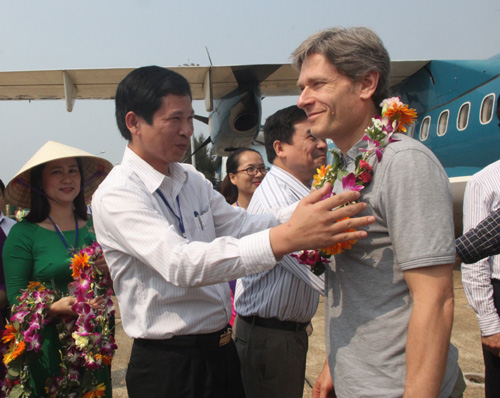