Folk songs, dances, and musical instruments are indispensable parts in the cultural life of the Bru-Van Kieu in Quang Binh province. Each form of singing or dancing is performed in specific places and occasions.

Some musical instruments are only used in worshiping rituals, while others are played at festivals and call-and-response singing sessions.

Ho Ai patriarch in Khe Cat hamlet, Truong Son commune, is the most knowledgeable man of Van Kieu’s culture and arts. He is also the best artist of playing and making traditional musical instrument such as gong, Kho-lui, Sui, and Pi flutes, Po-lua and Tinh tung musical instrument. 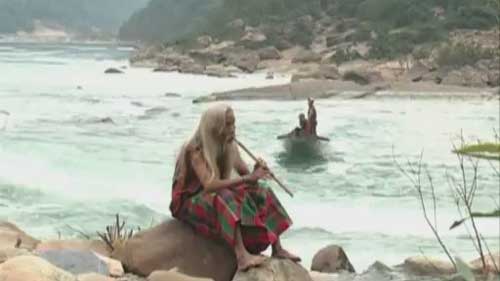 Ho Ai said, “Pi flute is made of bamboo which is played at worshiping rituals, particularly the worshiping of souls. It represents the shaman’s solemn and supernatural power. The Pi and Sui flutes, gongs, and drums, are also sacred items used at worshiping ceremonies, not festivals.”

The sound of the Pi flute echoes melodiously through jungles, reflecting the soul of the Van Kieu. The sound of the flute, religious belief, and other cultural values have united the Bru-Van Kieu community in the Truong Son range.

The Khui is a noteworthy flute. It reflects the Van Kieu’s thought of the world, social relationship, clan, and hamlet. When being played at festivals, the sound of the Khui flute conveys the inner feeling of the players.

Customarily, middle-age men are allowed to play the Khui flute. Senior villager Ho Van Thuong elaborates, “In the past men had to watch ripen rice fields. Sitting idly, they made holes on bamboo sticks to blow for fun. The resounding sound could be heard from the other fields. They talked with each other by blowing flutes.” 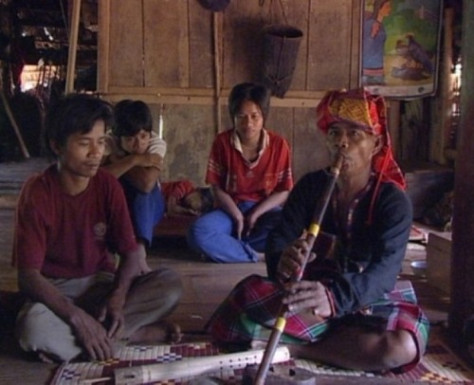 To make a flute with refined-sound, it’s important to find a good neohouzeaua, a species of bamboo which is slender and has long sections.

They often choose a full moon day, to cut the tree. The neohouzeau tree is dried on a shelf in the kitchen for 1 or 2 months. The artisan uses a red-hot iron awl to make holes on the neohouzeau piece.

The Van Kieu also have other kinds of flute such as Teril flute for young people blowing on dual-singing session and Kho lui flute for wedding.