Quang Binh is a province in the upper middle region of Vietnam. The width of the province is relatively short, only 50 km from its border with Lao to the seashore, making it the narrowest province on the map of Vietnam. Quang Binh adjoins Ha Tinh in the North, Quang Tri in the South, East Sea in the East and Lao’s Kham Muon Province in the West. The natural area of Quang Binh is 8.065,27 km². With a population of only 847,9 thousands, it is a pretty humble province in term of people. Besides the capital city called Dong Hoi, the other districts of Quang Binh are listed as follows: Tuyen Hoa, Minh Hoa, Quang Trach, Bo Trach, Quang Ninh, and Le Thuy. Quang Binh has recently become popular for its newly discovered Son Doong cave, which was featured in Good Morning America show in early May.

The owner – Mai Bridal, she was born in Quang Binh. Because of her love for motherland,  she created a photo album enthusiastically. 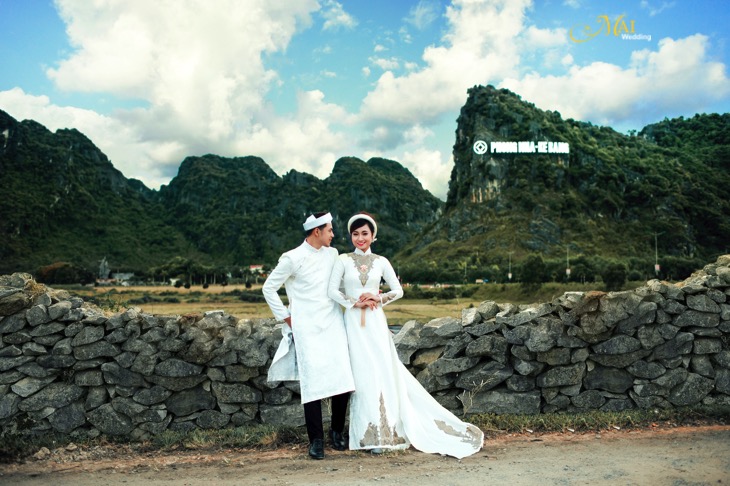 Phong Nha – Ke Bang National Park is an interesting natural wonder which was recognized by UNESCO as world heritage in July, 2003. While 85% of the total area is mountains, there are also other types of terrain such as hills, valleys, highlands, plains, etc.. 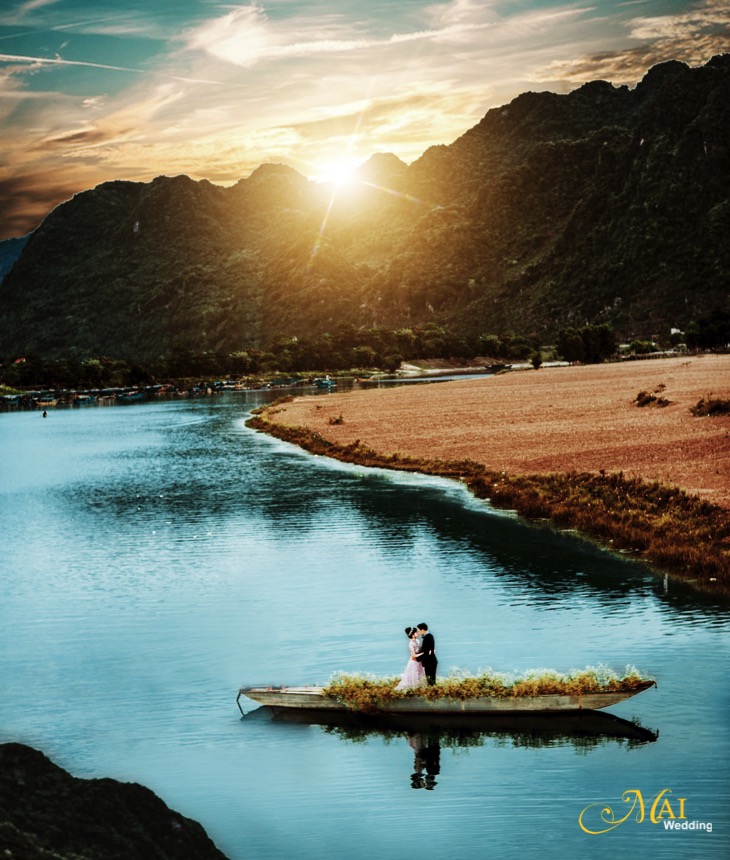 Beautiful and fantasy nature that has been favorably introduced through the photo. 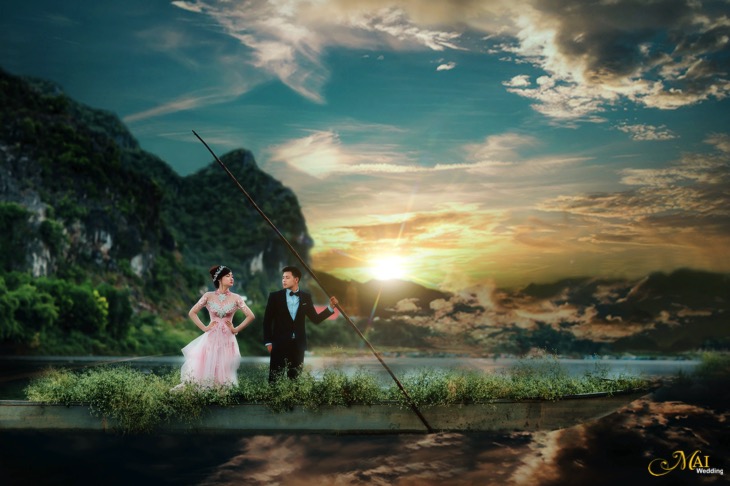 The attractive tourist attractions of Quang Binh are introduced attractively. 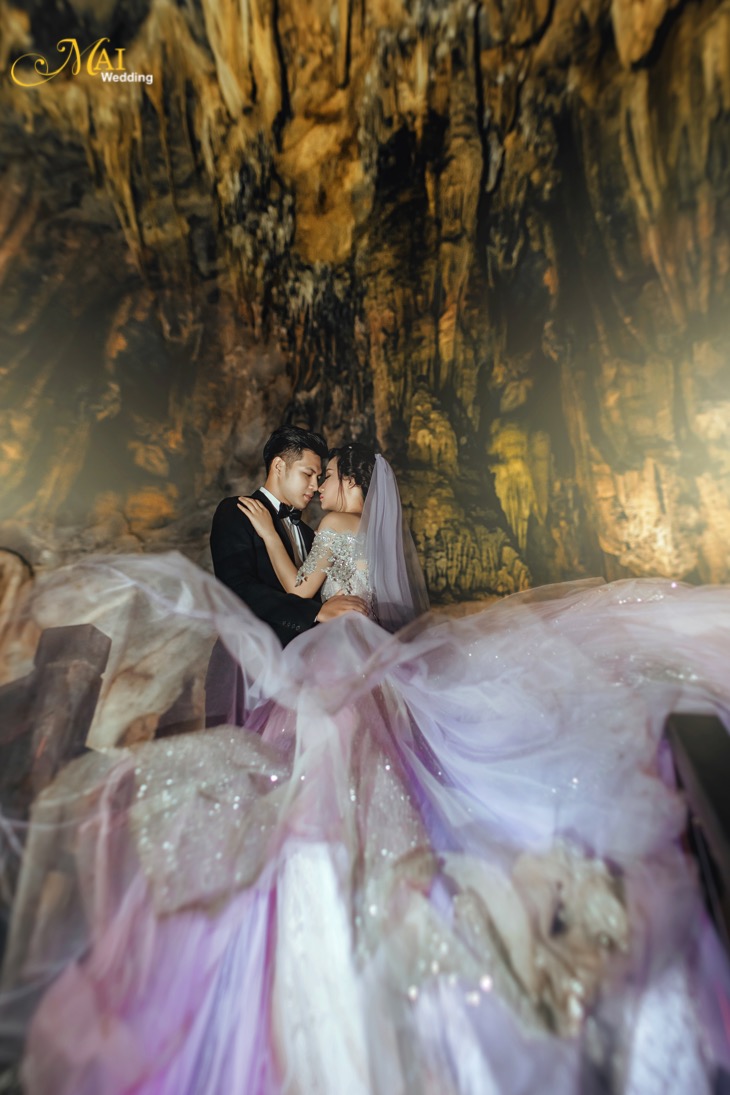 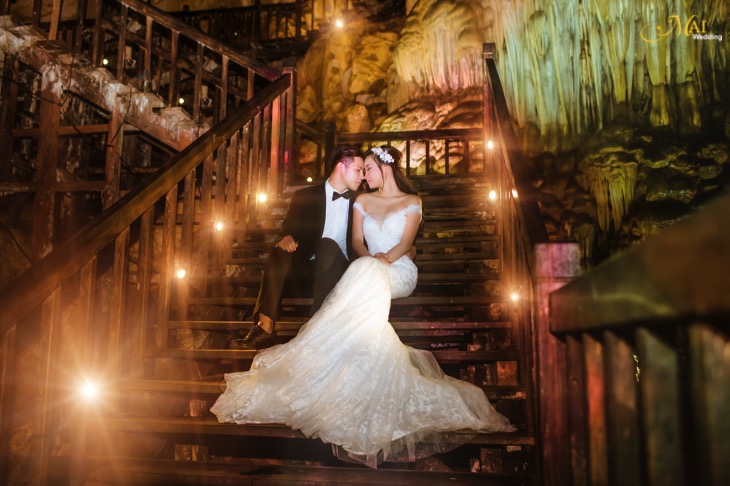 Paradise cave is one of the most magnificent and magical wonders in the world. 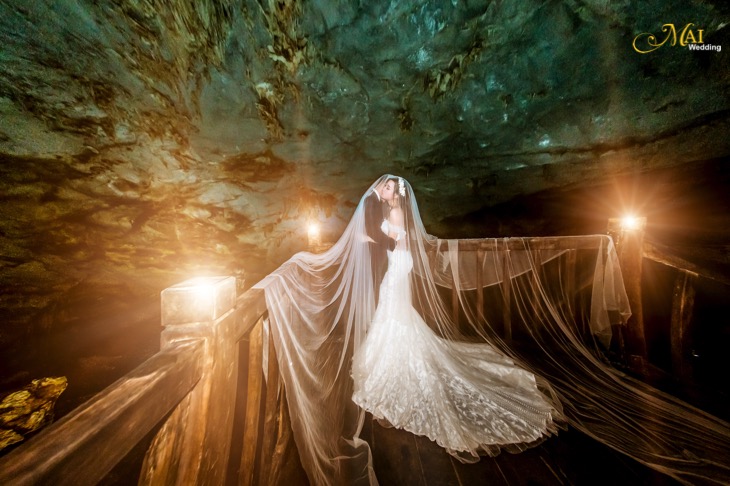 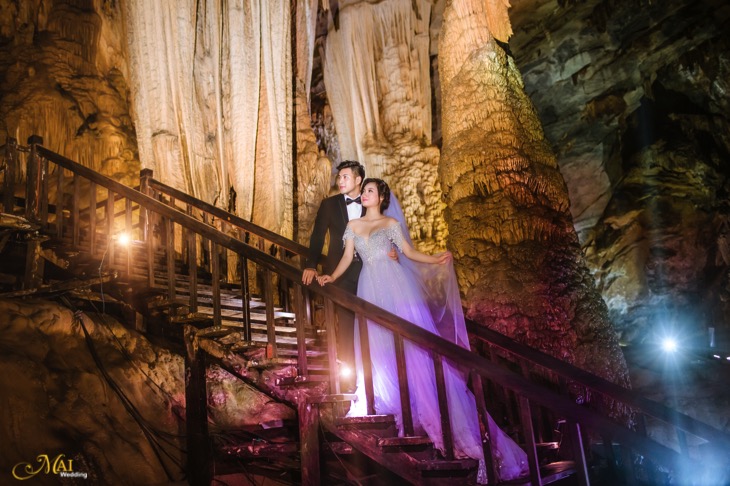 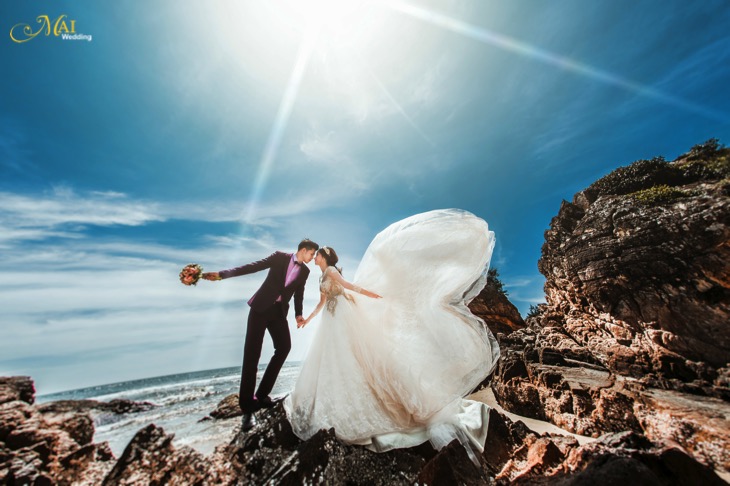 2, Da Nhay Beach is one of the two most beautiful beaches in Quang Binh. This is also a great shooting place where the couples often choose to have the wedding album. 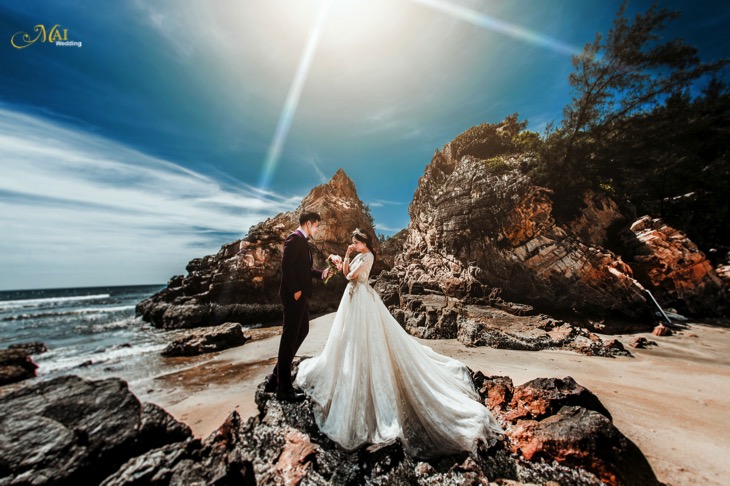 Exploring the Rock Dancing beach, tourists are expressive by the flat and clear beach 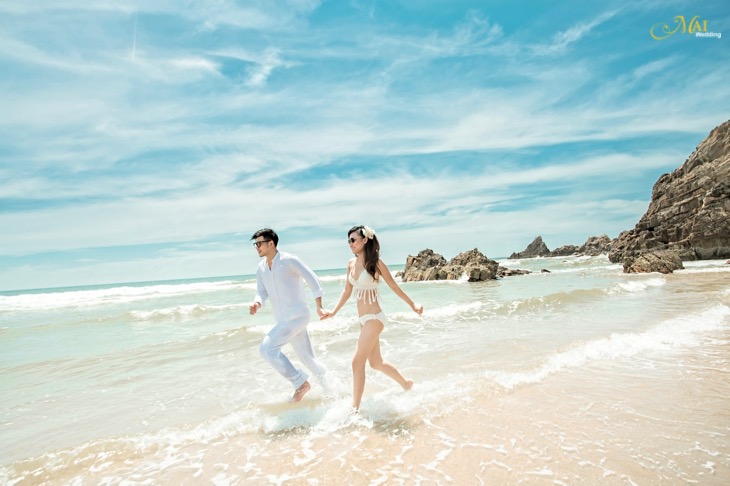 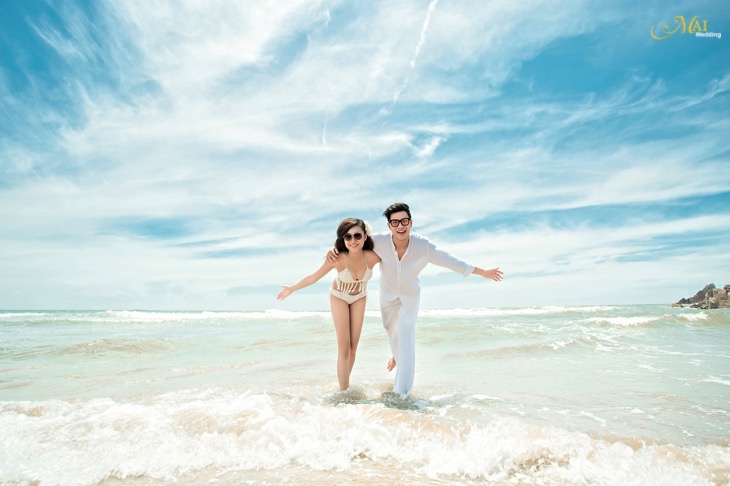 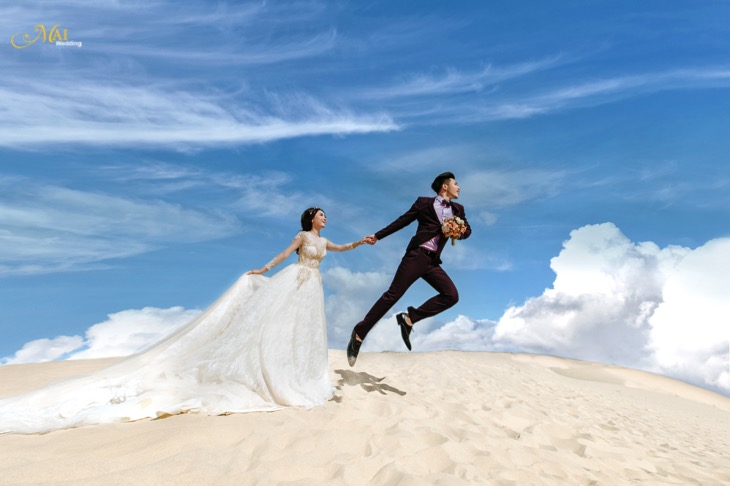 3, The highlight of this album is Quang Phu sand dune. You will imagine that you were in the Sahara desert 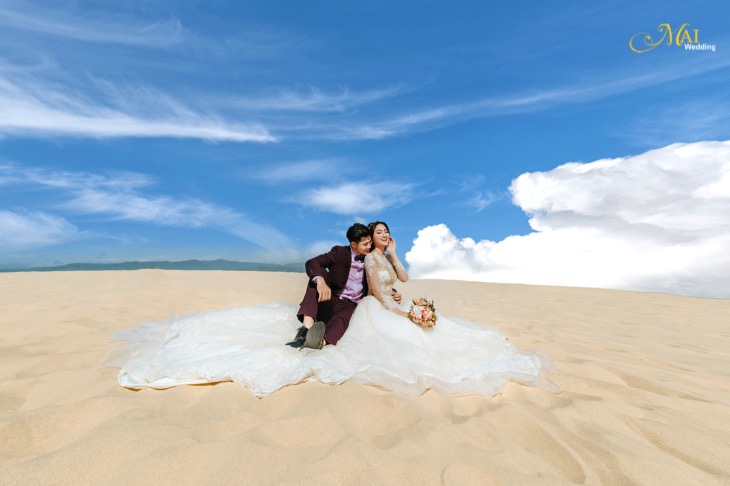 Sand dunes has created a poetic Quang Binh. Where the couples enjoy a great holiday and have memorable wedding albums. 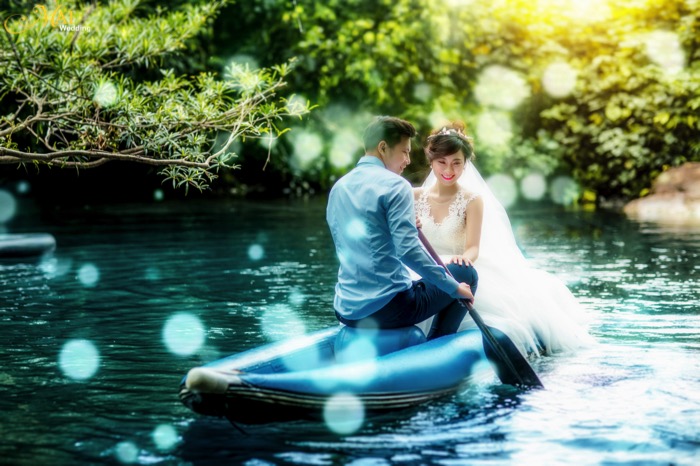 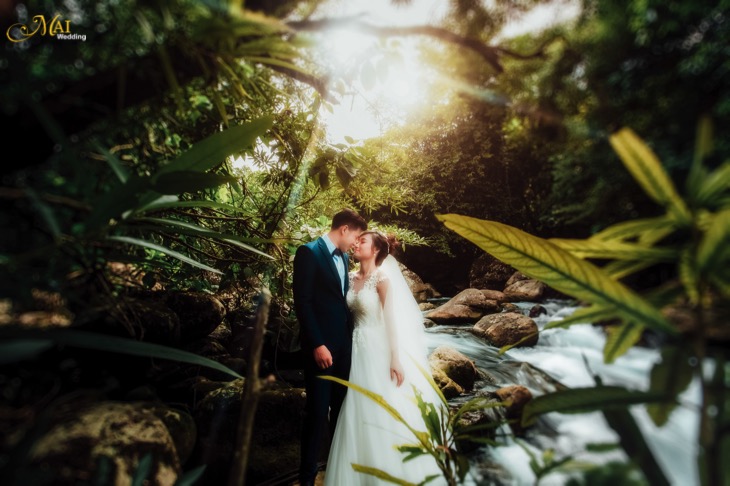 Located in the World Heritage Site in Quang Binh. Mooc spring is one of the beautiful spots of Mai Wedding. 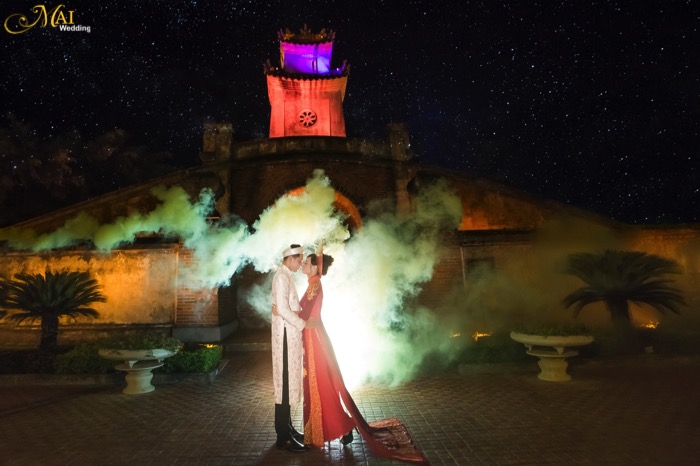 The photo was taken in Quang Binh gate. It is one of the historic cultural buildings.