The secret lake under the mountain – Wondrous and Mysterious

Belonging to the activity programme “Quang Binh Cave Festival 2015”, the Phong Nha Ke Bang tourism centre has officially applied the tour “Discovering the secret lake under the mountain” for tourist and it has been considered as an important point by strangeness and mysteriousness that need experiencing and stripping.

The secret lake was hidden inside Phong Nha cave – Huyen Khong cave belonged to the world natural heritage Phong Nha Ke Bang. They are the strange lakes, mysterious with hundred of square metres in the core of limestone. 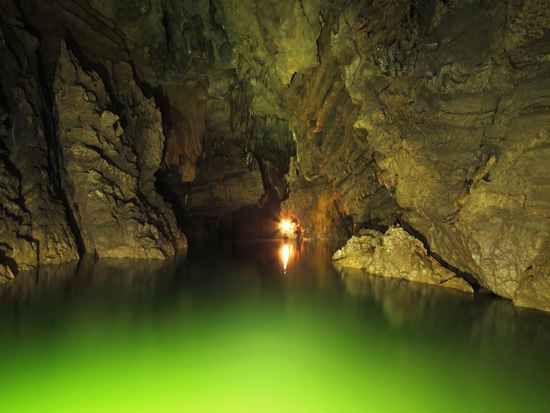 Phong Nha cave was discovered in 1899 by Léopold Cadière. However, it was not until 1990 that the British Cave Research Association first led by Dr. Howard Limbert to explore. 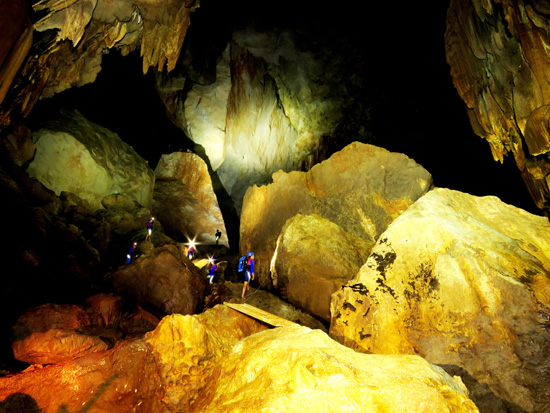 According to the explorers’ diary : We were extremely surprised by the formation of stalag mites and stalactites. That’s so magical.

The river was lost and covered by giant stones. 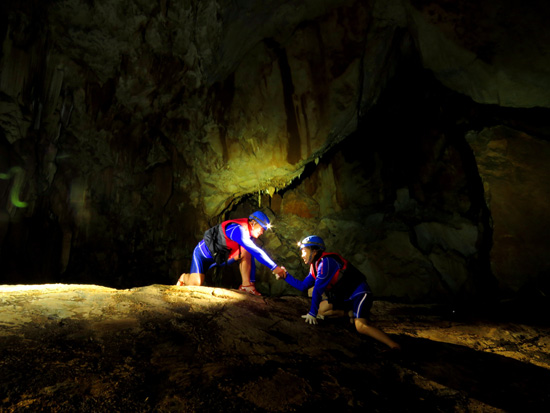 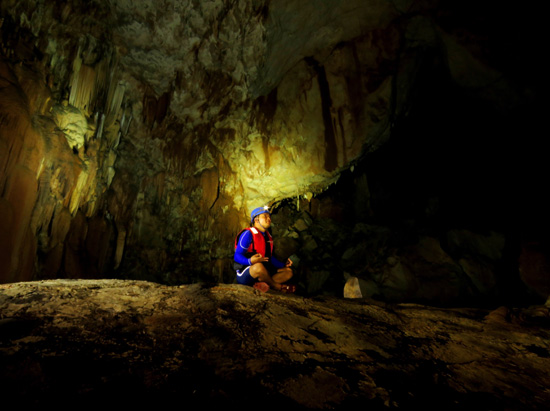 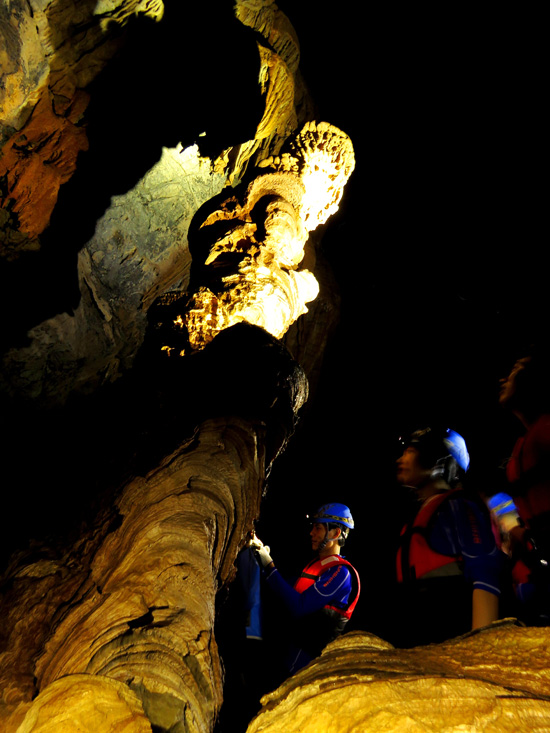 To come to the secret lake under the mountain, tourists have to complete 4500 m. On this route, everyone will go by using piragua boat or kayak boat passing through Cung Dinh cave of Phong Nha cave where there is the impressive, amazing stalactites system. 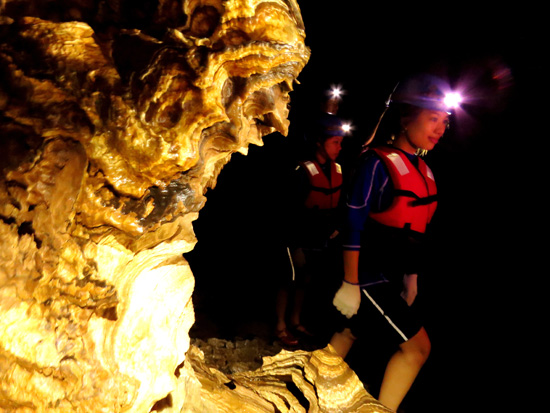 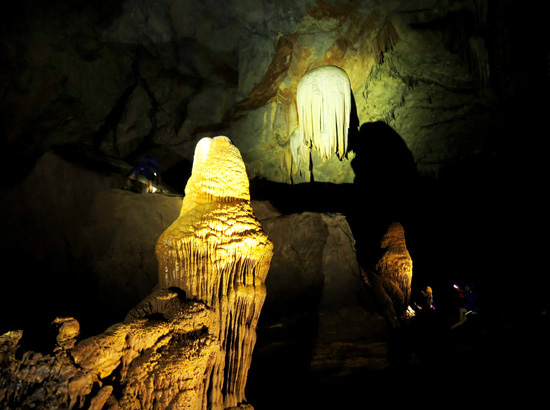 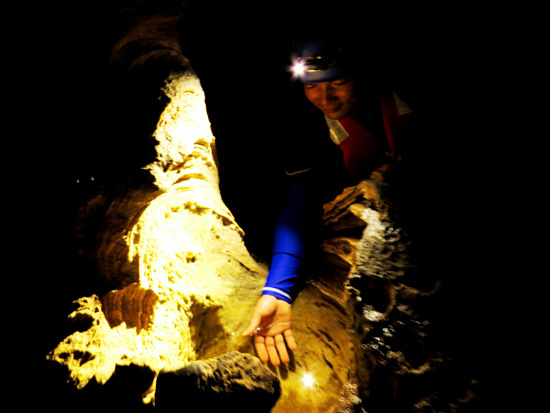 When the river was hiddenly lost under the giant stones, everyone got out the boat to start climbing 1000m on the underground rocks with many imaginations. 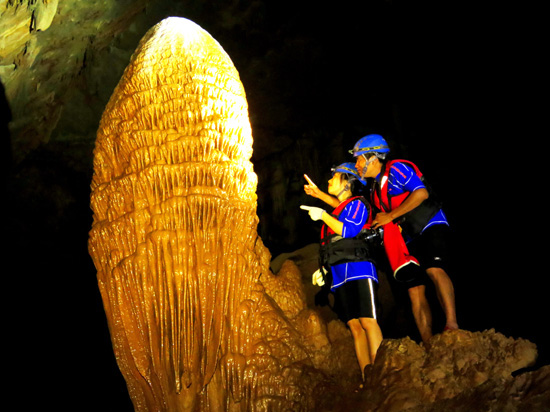 Tourist can visit and feel the strong wind in the winter in anytime. However, the most special feature here is the corrosion features of water for forming the cliffs inside the cave. 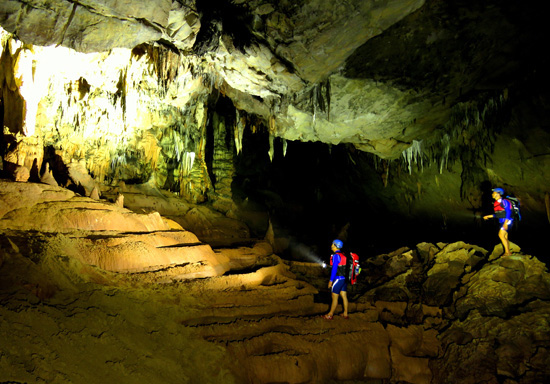 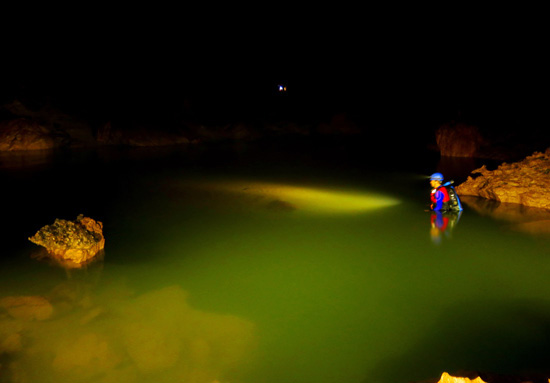 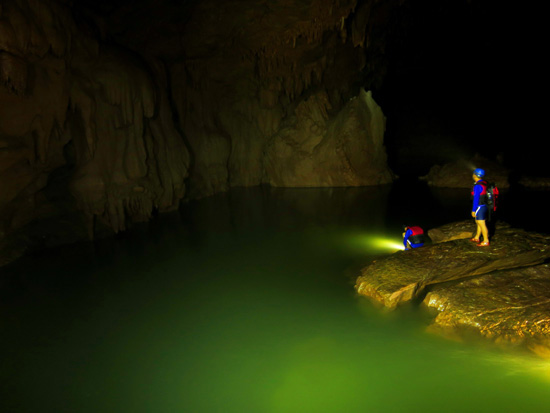 Currently, the tour “Discovering the secret lake under the mountain” has been organized by Phong Nha Ke Bang tourism centre. Time for tour is 5-6 hours.