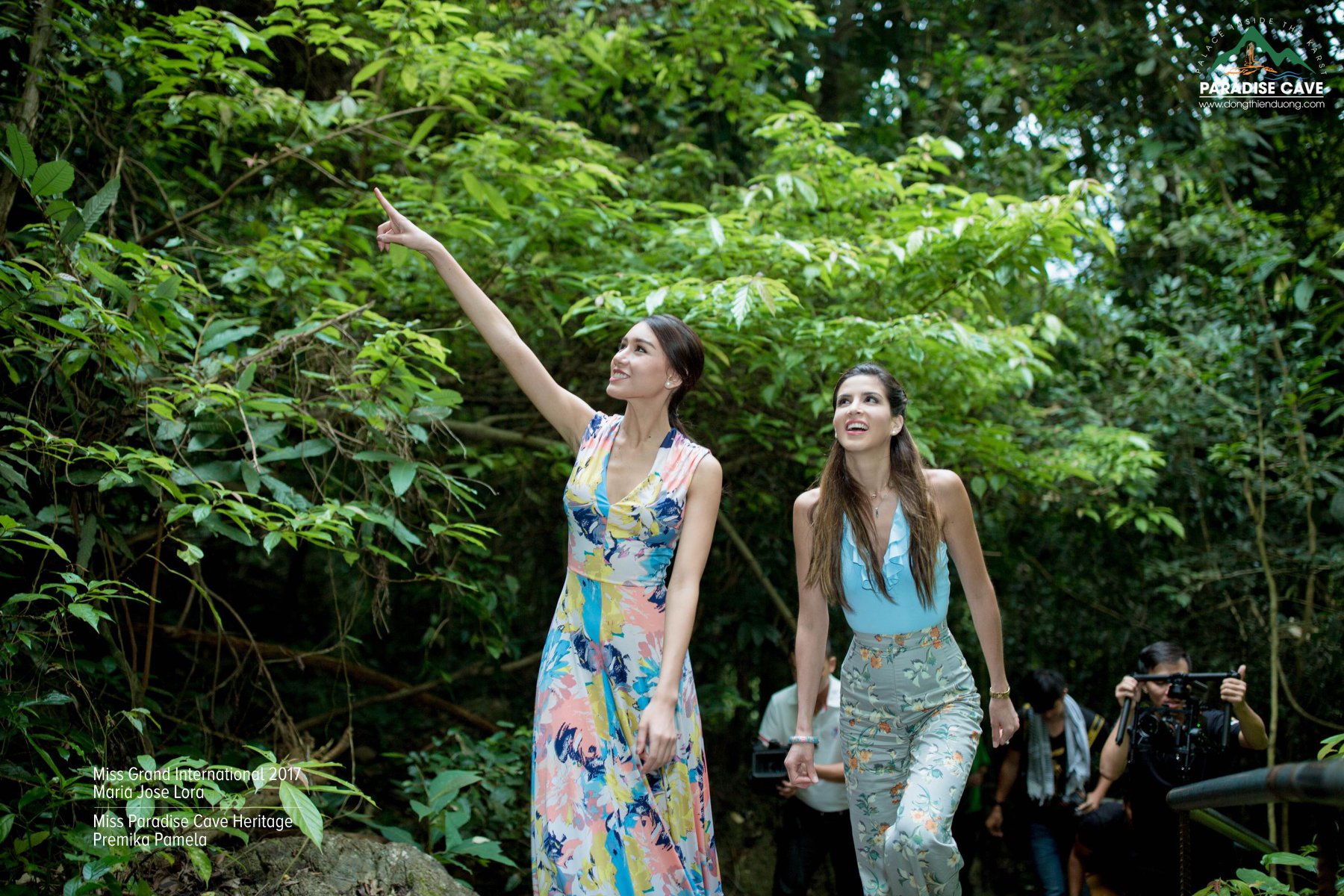 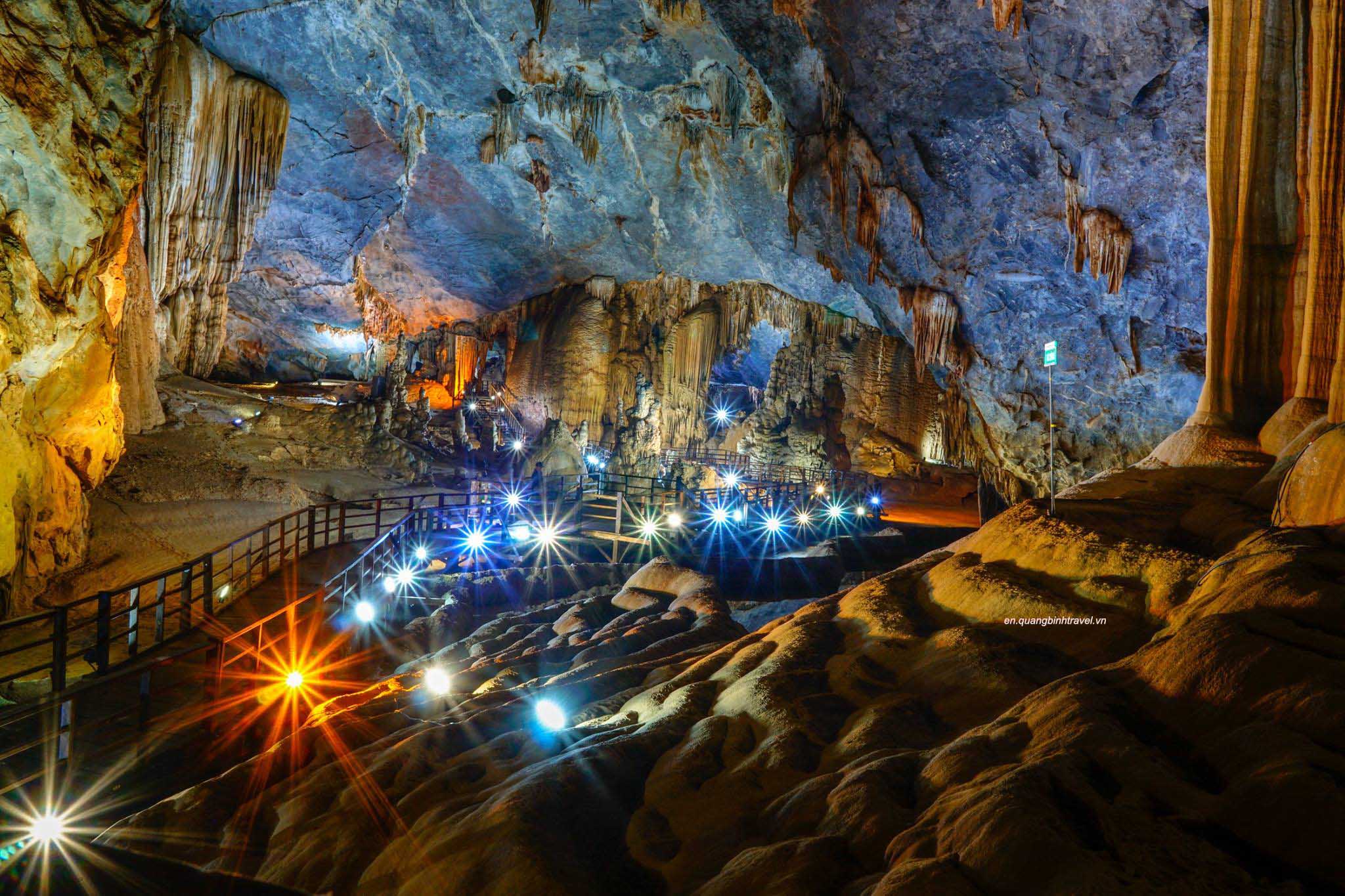 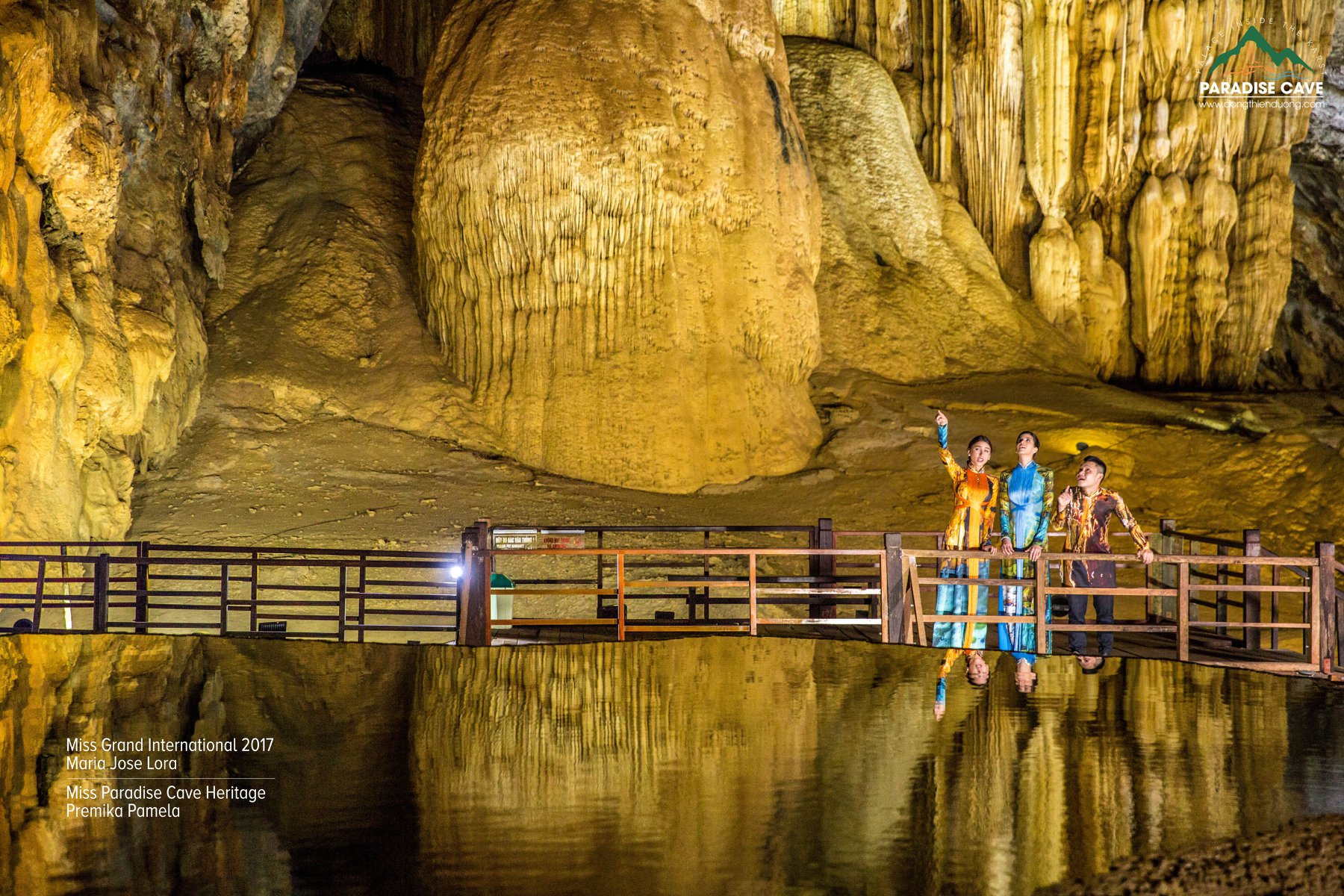 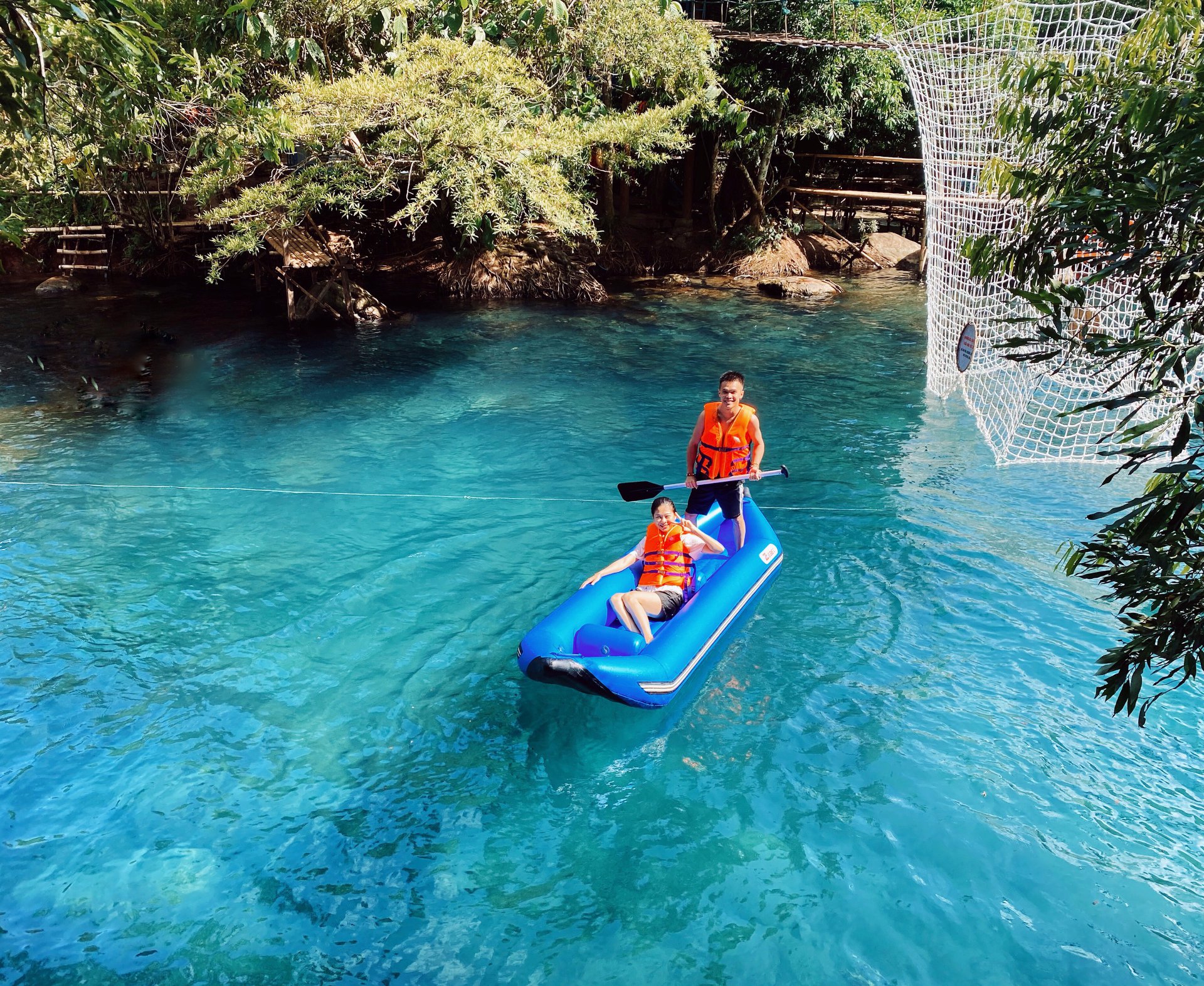 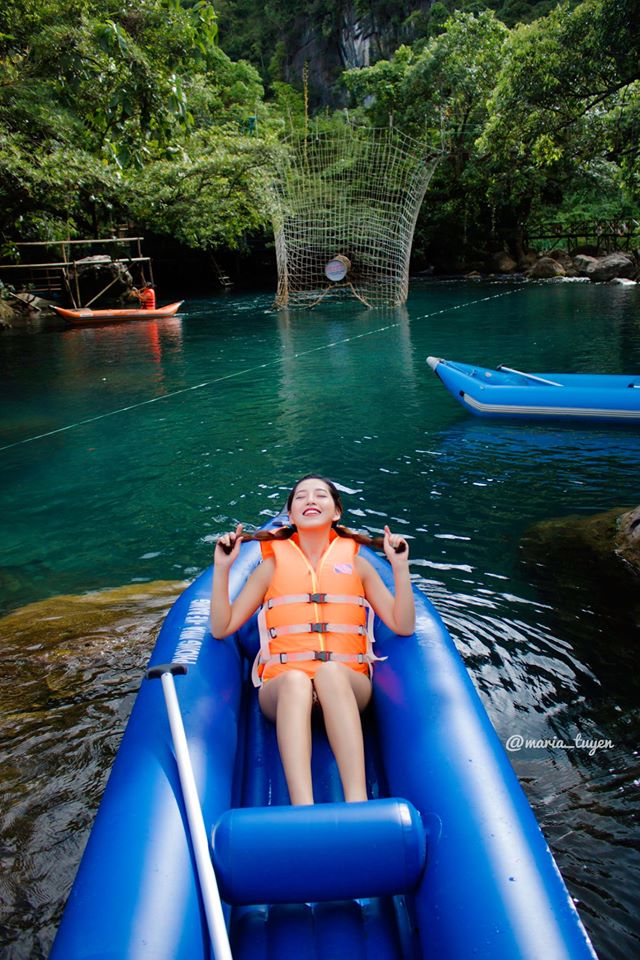 This tour is a journey to explore Paradise cave – Mooc stream during 1 day, depart from Dong Hoi city. Tourists will discover attractive destinations in Phong Nha – Ke Bang National Park that are endowed with heavenly beauty. These are the most beautiful caves of this land where is frequently dubbed as the “Kingdom of Caves”. In addition, you also have an amazing experience when visiting Mooc stream, feeling the flow of calm, romantic with the blue water color as jade, taking part in the games or immersing yourself in peaceful nature.

9h:30: After you walk up the jungle about 600m, you will enjoy 1km inside Paradise cave with cool weather, the magnificent stalactites and stalagmites. Taking electric golf cart to the cave and starting exploring Paradise Cave. This cave is 31 km long, longer than Phong Nha Cave which had been considered the longest cave in Phong Nha-Kẻ Bàng National Park. The height can reach to 100 m and 150 m wide. The limestone formation is also more spectacular than that of Phong Nha Cave. The British cave explorers were impressed by the beautiful and spectacular stalactites and stalagmites inside this cave and they named it Paradise Cave.

• 13:30: After the lunch time, you will go to explore Mooc spring. There are new experiences: Kayaking and some interesting water games. After a bit of a hike over bamboo bridges and rocky paths you came to the center of Mooc Stream. Located near Phong Nha – Ke Bang National Park, Mooc Stream has the wonderful natural landscape with ecosystem diversity. Standing in the middle of the wooden suspension bridge to look at the high blue sky and the white foam waterfal underneath was an excellent experience. 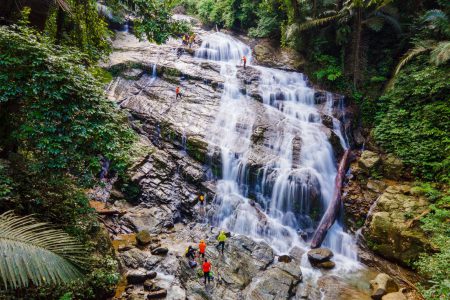 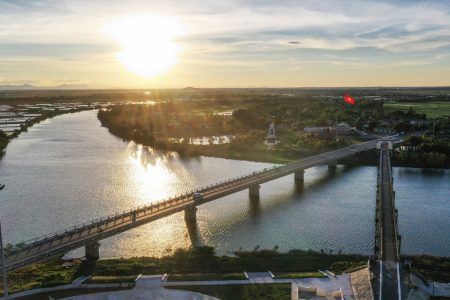 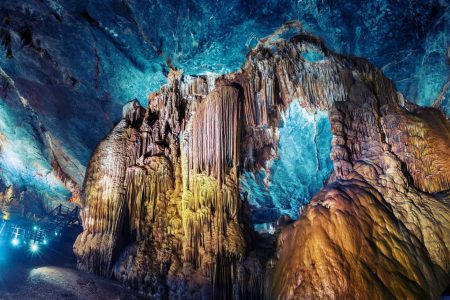 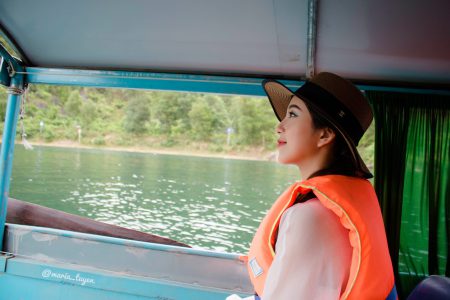 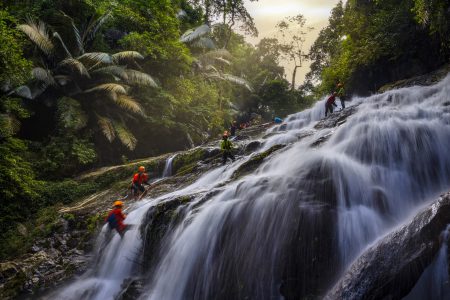 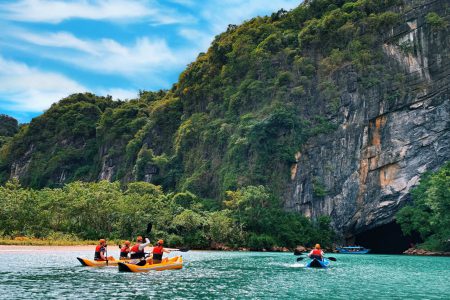 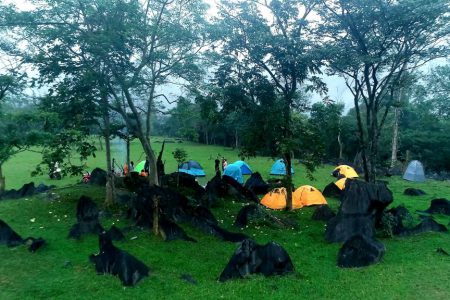