As a land of harsh weather, the central province of Quang Binh is also bestowed with many beautiful landscapes.

Located at the boundary of the two provinces of Quang Binh and Ha Tinh, Deo Ngang or the Ngang Pass is a famous sight of central Vietnam. Photo by HTaingoc (Phuot.vn)…

Located at the boundary of the two provinces of Quang Binh and Ha Tinh, Deo Ngang or the Ngang Pass is a famous sight of central Vietnam. Photo by HTaingoc (Phuot.vn).

Nhat Le River is a historic landmark and famous landscape of Quang Binh. The river name means “the brilliance of the sunlight”. Photo: Lequang304 (Xomnhiepanh.com).

Da Nhay is a famous beauty spot in Bo Trach District. There are beautiful beaches and rock mountains eroded by sea water, with cliffs of different shapes. Photo: Gion166 (Flickr).

Along with the Ngang Pass, the Gianh River is the geographic symbol of Quang Binh. This river used to be the boundary between Tonkin and Cochin (1570-1786) with the war that lasted nearly half a century (1627-1672) between Le Kings and Trinh Lords. Photo: MichaelR (Panorama).

The Son River flows out from Phong Nha Cave in the village of Phong Nha, Son Trach Commune of Bo Trach District.

The wharf on the Son River, where tourists begin their tour to the cave system in the Phong Nha – Ke Bang National Park. The Park was recognized by UNESCO as a World Natural Heritage in 2003. Photo by Huy Ngo Hoa (Flickr).

The Phong Nha Cave has been named the “most beautiful cave of Vietnam”.

Also located in Phong Nha-Ke Bang, Thien Duong (Heaven) Cave was discovered in 2005. With a total length of 31.4 km, it is Asia’s longest cave. Due to the beauty of stalactites and stalagmites here, the cave is named Heaven. 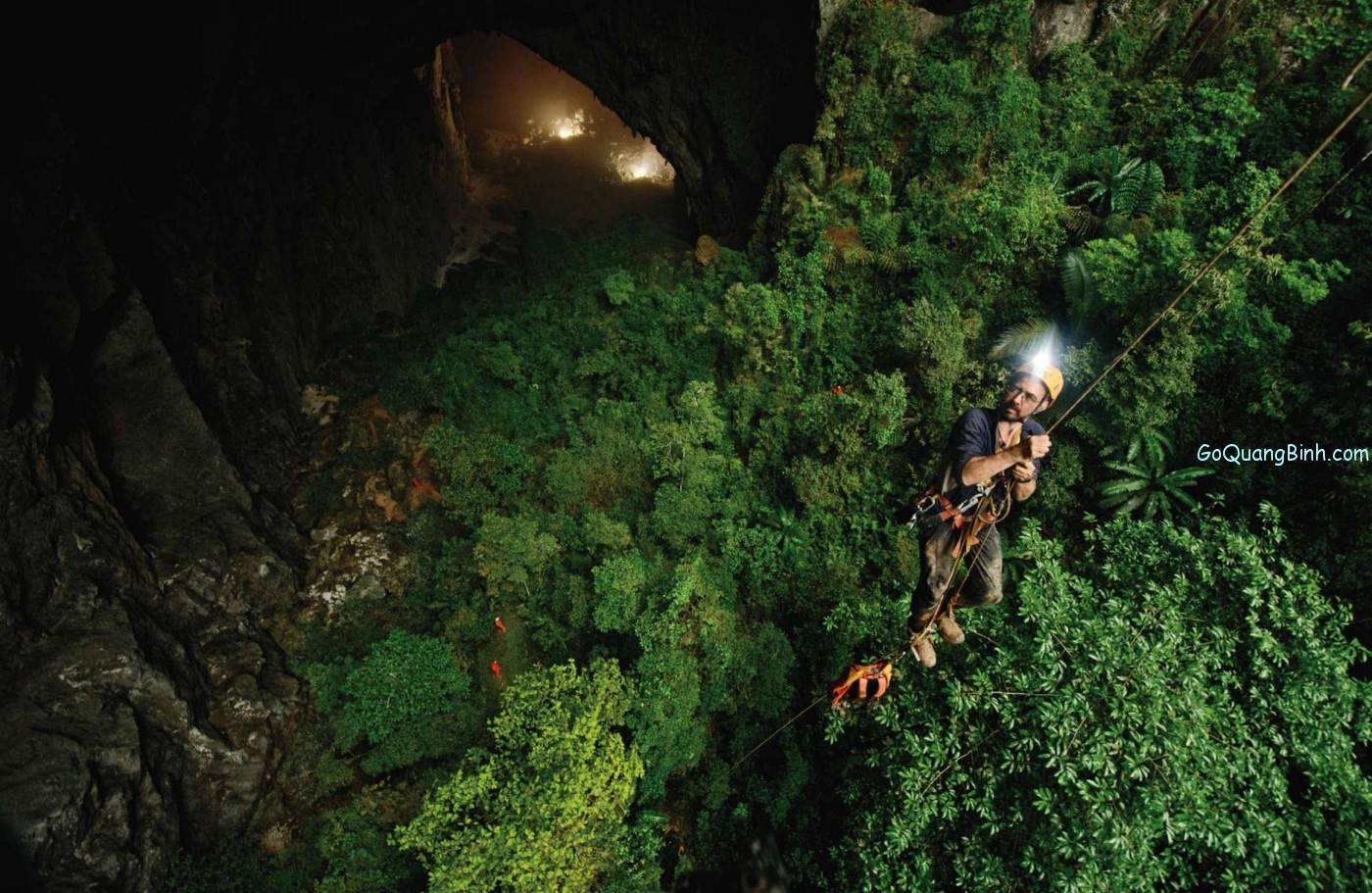 Son Doong Cave is the largest natural cave in the world. This cave is situated in the system of caves of Phong Nha-Ke Bang. Photo: Oxalis.

Located near Hon Lam and Ngang Pass, Vung Chua is an amazing beach surrounded by a beautiful landscapes and many relics. This is also the resting place of legendary General Vo Nguyen Giap. Photo: Huuthanh.ng (Panoramio).